Dare to enter these haunted schools? 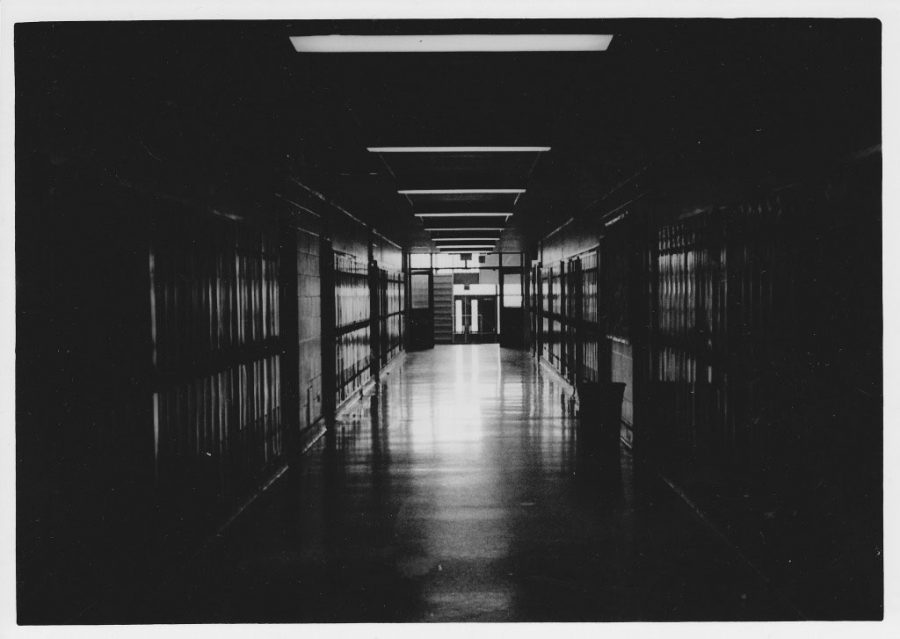 Kansas is known for having some haunted places such as houses, hotels and even schools.

One of the alleged haunted schools here in Wichita is Brooks Middle School. People say a ghost haunts the hallways there, especially around Locker 303. The story says that a girl was raped and murdered in the school’s auditorium and her body was stuffed in the Locker 303. Ever since that incident happened, people say if you walk alone down that hallway and passes that specific locker, you can smell her decomposed body even though this happened years ago. The hallway also echoes when people yell: no other hallway in this school echoes.

Another supposedly haunted school in Wichita is Robinson Middle School. This school teaches 6th-8th grade, like Brooks. In this school they say that there is a strange lady who wanders the halls of the schools once the sun is down. They say she makes unusual sounds like clanking the locks on the lockers. People still don’t know why she haunts this school and who this strange lady is and what actually happened to her.

Would you dare to go to one of those schools alone? Do you think it’s fake?