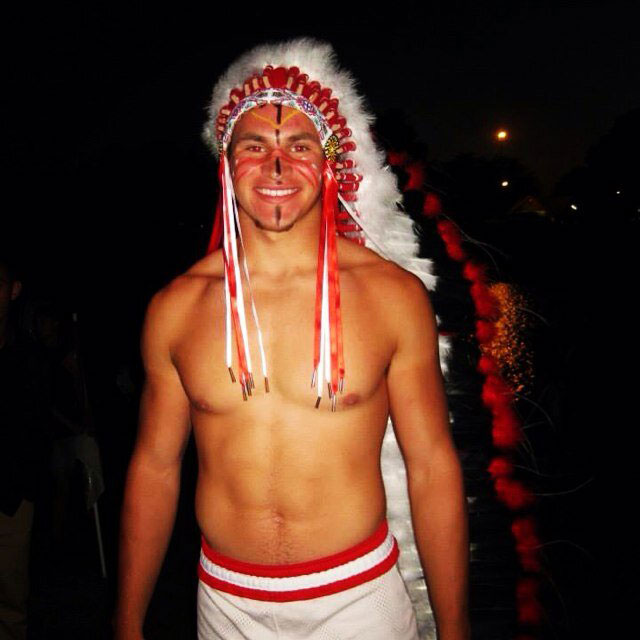 Wichita North High School’s mascot has been “Redskins” since the school was built in 1929. Through the years, controversy has sprung up on whether the term “Redskins” is racist.

“I am personally not offended by mascots, such as the Fighting and Flying Dutchmen that refer to my ethnicity. However, I am sympathetic to the fact that some people are.  Terms that are socially or politically correct today might be offensive to some a few years from now and vice versa,” said Kelderman.

Kelderman was a student at North and he now teaches chemistry here.

He said, “There are quite a few mascots out there that various segments of the population might find offensive.  .”

“In the only recent poll to ask native people about the subject, 90 percent of respondents did not consider the term offensive,” according to a CBS story about the NFL team, the Washington Redskins.

How Many Native Americans Think ‘Redskins’ is a Slur?

Elaine Yellowhorse from the Pine Ridge Indian reservation said, “There are just so many other things we need to worry about, and we have bigger issues to deal with than that.”

Students and alumni of North tend to feel strongly about the topic.

“North uses the Redskins as a symbol of being brave, almost like a warrior. We take pride in our mascot and would never mean it to be offensive. North wouldn’t be the culture-rich school that it is today if its mascot was something else,” said Sophomore Madison Lutz.

Most alumni feel the same way.

Mark Smalley graduated from North in 1991 and his father went to North, as well.

“When I was a little kid, my dad would always tell me about the traditions of North and all about the cultural meanings behind it. That’s what made me excited to go there. I didn’t want to go anywhere else. If they change the mascot my son won’t be able to experience the awesome things that me and my dad did.”

North has a lot of spirit and one of the loudest student sections in the City League.

Junior Cody Couch said, “North doesn’t have the best sports teams, but we always take pride in our school. The Redskin mascot plays a huge role in that. Even if we lose a football game we cheer for the team as if they won. If Redskins was taken away it would never be the same because to us, Redskins shows strength and power.”

How do the coaches feel?

Wrestling Coach Jacob Johnston quoted a famous poet, Robert Frost, when giving his reply. “Education is the ability to listen to almost anything without losing your temper.” In response to that quote, Johnston said, “It’s always good to have an educated discussion on any topic.”

“It would be a terrible shame if we had to change the mascot, but I can understand how it may offend certain people.  I can assure you there’s no disrespect intended,” said baseball coach Kyle Sanders.

Basketball coach Gary Squires said, “It represents who and what we are, and it’s a great school mascot. We take pride in what it represents. It’s really all about tradition. When I’m at a  basketball game and I see the North High cheerleaders doing the traditional War Cry dance, it sends chills down my spine and it just makes me that much more ready to start the game. The tradition should continue to stay the same.”

If you have attended North or even stepped foot in the building you’d realize that “Redskins” is an important part of the school.

Sophomore Lauren Sanchez said, “If they changed the mascot we’d have to have a whole new school built. Even the architecture on the outside of the building represents Native American culture. North is the way it is because of our mascot, and I think it needs to stay that way so all of the future students will have just as great of an experience as former and past students have had.”