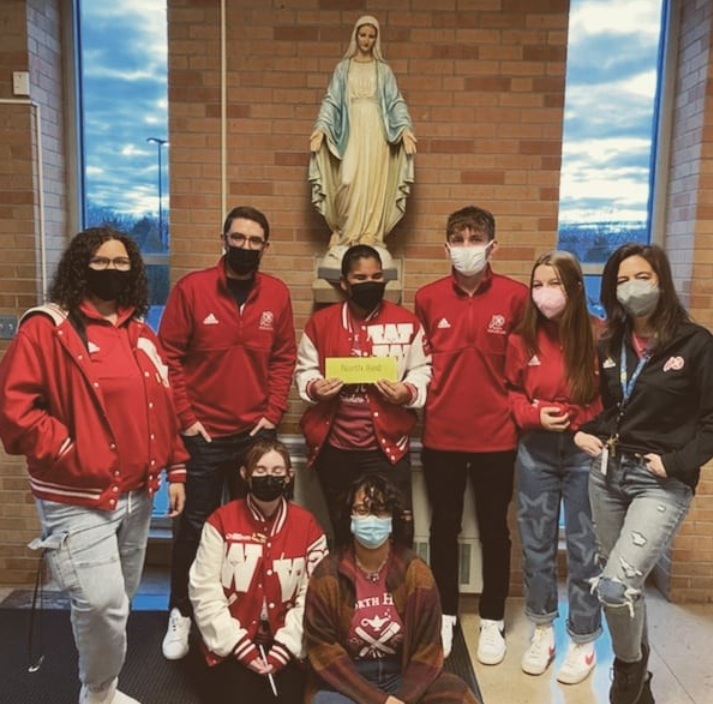 On February 7th the Scholars Bowl team went to the Regionals Scholars Bowl tournament in Garden City at Garden City High. After a three-hour bus ride shared by all the Wichita Public Schools, the team arrived ready to take on the competition. The team consisted of Maley Hansen, Jordyn Morse, Ryan Perrault, Maleah Evans, Allison Waldt, and Isabel Paez.

State was held on February 12th at West High School. The same team that competed at regionals attended State. The team finished in sixth place in the state of Kansas. This is the Fourth time in North High history that a Scholars Bowl team has represented at State.

“I was really proud of us; I think a lot of other schools view North as a less than great school when it comes to sports and activities. So, I think it was really good that we showed them that we are not as easily pushed over as we maybe have been in years past,” said Captain Allison Waldt, looking back at this season.

“I’m really proud of them and all of their accomplishments,” Coach McCoskey said. “I think a lot of people when they think about Scholars Bowl, they just think it’s a casual club, but these kids have been practicing several times a week since October and for many of them, they have been on this team for like three years, so it was a big deal for them to see the fruits of their labor.”

Even though they had a good year, the team now looks toward the future.

“Put us on the map,” Coach McCoskey said. “We had a great team this year, but we do need to keep it moving for the next generation, and we would love anybody to come try out and see if they would be a good fit.”

Please stop by A301 to try out. And to our Scholars Bowl team, here’s to another great season next year!