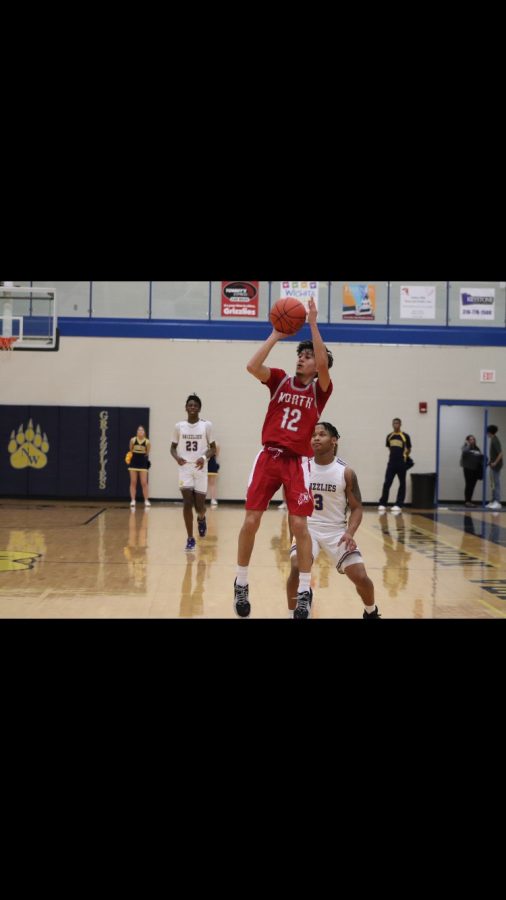 Boys and girls varsity is heading into break each with a record of 2-2. Both teams defeating West High and coming out strong into the season. Head boys varsity coach Michael Bailey said” I think we are playing better than what most people thought we would be so far this year. There is a lot of improvement that I would like to see offensively for us.” North has been known for its outstanding defense but without the offensive skills Bailey wants, the team isn’t competing as well as they should. After break Bailey says that we should see a “tougher more rounded team” they should be able to make adjustments to improve all throughout break.

The two leading scorers of the season are Michael Bailey Jr. and Jacob Wassall.

Girls Varsity is starting their season off very strong. Leading the way offensively is AmUnique Cavitt averaging 20 points per game and Katie Blessman averaging 9 points per game.. Head coach EJ Garnes said, “The season so far is going as I hoped and expected.” The girls are starting to learn each other more and are starting to grow and come together as a team. Garnes stated that ”

coaching girls from a physical standpoint is slightly different, but my expectations and my message doesn’t change and I see my girls beginning to buy in as well.”