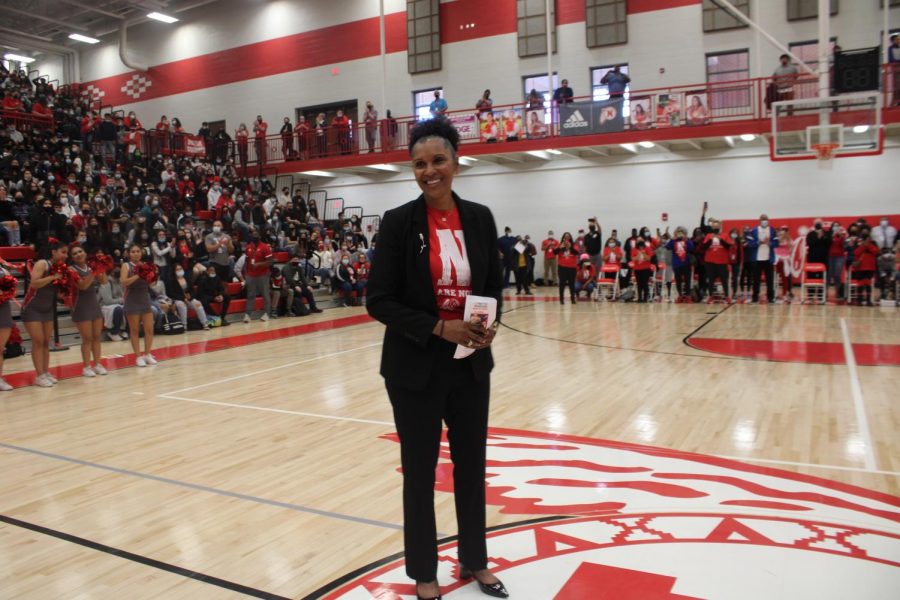 Lynette Woodard is one of the most famous Alum of North High. She graduated in 1977 from North and went on to attend college at the University of Kansas.

Accomplishing much in her life, Woodard had her first taste of victory here at North High. In our very own gym, she began her long list of accomplishments by winning two state basketball titles. Attendants of the pep assembly got to hear first-hand the rest of the list. Woodard was the first female Harlem Globe Trotter and she won gold at the Olympics in 1984. And on Friday the third of December 2021, Woodard got to add a new accomplishment to her list.

After giving a wonderful speech detailing her time at North and the years after; Woodard spoke to North High’s current girls’ basketball team. With the crowd cheering and several news stations present, Lynette Woodard Court signs were revealed on the gym floor. A dedication to a beloved alum. Her name and jersey are hung in the old gym and now it is etched on the new gym’ floor.

Being able to see such a giant basketball player in both North High and national history in front of current students was inspiring. The idea first came about from Athletic Director Tony Douglas, who asked Woodard if she would bless the project to which she agreed.

“It really melted my heart, ya know like I said it’s been roughly forty-four years…no one knew I was here…I thought he (Douglas) was gonna talk to me about helping North High find a new name… he shared with me that they wanted to dedicate the court to me. I was shocked!” Woodard said.

“It feels like a dream. When I was out there today, I was floating. It’s going to take a long time to digest it, but I’ll come back, and I’ll take a peek and I’ll revel in the glory but I’m just grateful.”

Years down the line students will still learn about Lynette Woodard and her legacy. Her story will inspire many both on the court and off the court.

“I told one of the teams, yes they dedicated the court to me, but the court is yours. And you’ve got to go out there with pride, determination and let nobody come up in your house and disrespect you. This your house and we expect victory.”

Woodard has had the chance to travel all around the world. Yet, out of everywhere she has been, Wichita is her favorite. 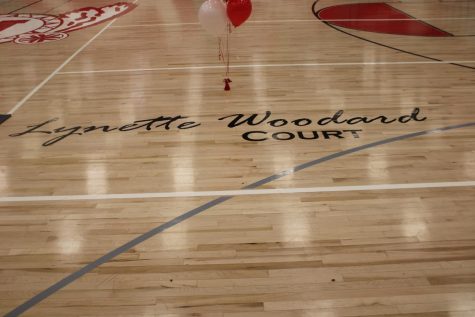