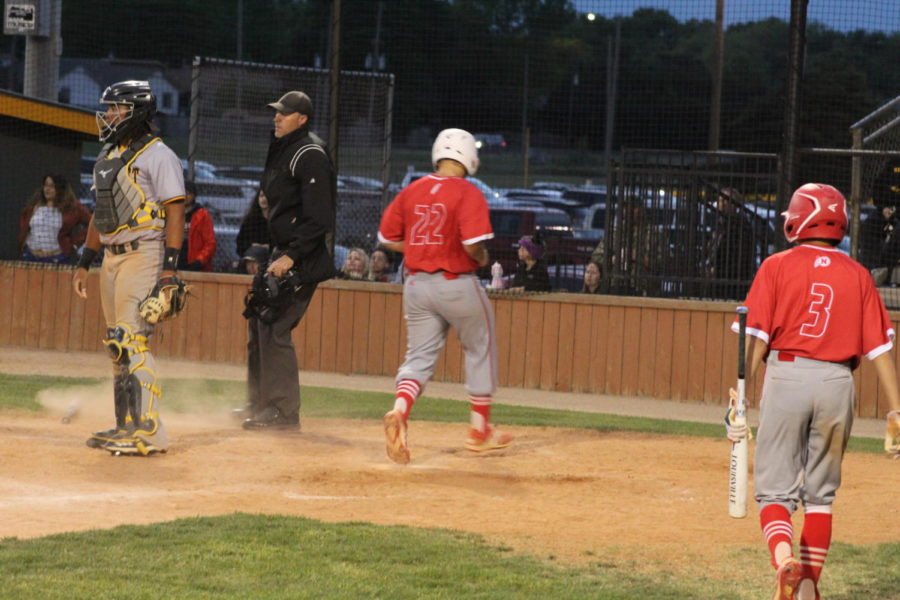 On Tuesday May 11, baseball finally got their first win of the season. Not only was it their first win, it was also senior night. After being 0-18, Jacob Trevizo, senior, got the win on the mound in his team’s victory over Southeast.

During the first game the boys had the lead 4-0 after the first inning, 5-1 after the second, and 8-6 after the 6th inning. Southeast hit a 3 run home-run in the top of the 7th and ended up winning the game 9-8 and north lost.

The second game, still reeling from a heartbreaking loss, North was down 4-0 by the 3rd inning, but the boys didn’t give up and that’s when the bats came to life and they started scoring in the 5th inning. North had 5 hits in the inning, 3 coming with two outs. They added one in the 6th and then got out of the bases loaded jam in the 7th to get their first win of the season.

Head coach Randy Griffitts says ” I was so proud of their resiliency because they way we lost game 1 was so deflating. We played so hard and to not get a win was tough. They battled and honestly we had been playing so hard for the past 3 weeks and had no wins, and I was just so happy that they got to experience the pay off of winning, especially our seniors.”

For senior Noe Rocha, even though the first win didn’t come until the last game the wait was worth it. ” It felt amazing, after a struggling season we needed a win, it was the love for the sport and also my teammates. Missing out on our last season due to COVID, playing baseball was all we wanted. I stayed motivated because our coaches never gave up on us,” he said.