On Monday, April 12th the North High baseball team had two games against Kapaun High School. They lost 0-15 and 3-18.

Aaron Dimit threw 83 pitches in the first game. In the bottom of the second inning, there were no outs and the score was 0-5. Dimit threw an amazing pitch which got hit back into his gloves in a line drive. This got the first out, while there was a runner on his way back to second Dimit threw the ball to first base and got the second out. It was a fantastic double play by Dimit and Missael Guevara. 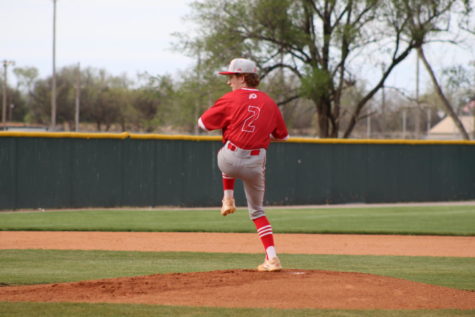 When Dimit got done pitching the score was 0-10 in the bottom of the third. “It’s the best he’s thrown this year and there’s nothing to show for it,” Coach Griffitts said to the other coach in the dugout.

Although they didn’t win the second game, “our effort was much better in game 2,” said Coach Griffitts. “I think what is a struggle at times for our team is that the effort is there but it doesn’t show in the result and that can be frustrating.” The boys try their best but they too get frustrated when the game isn’t going their way. 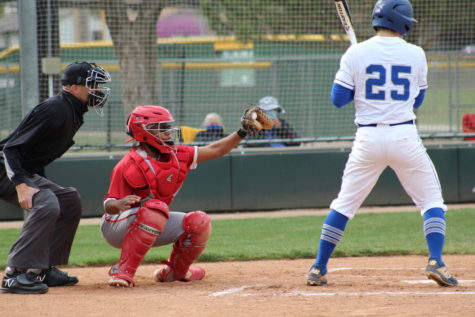 In the end, the game didn’t go the way the boys wanted it to but watch out for their next game they are only getting better.