My Life During the Year of Covid 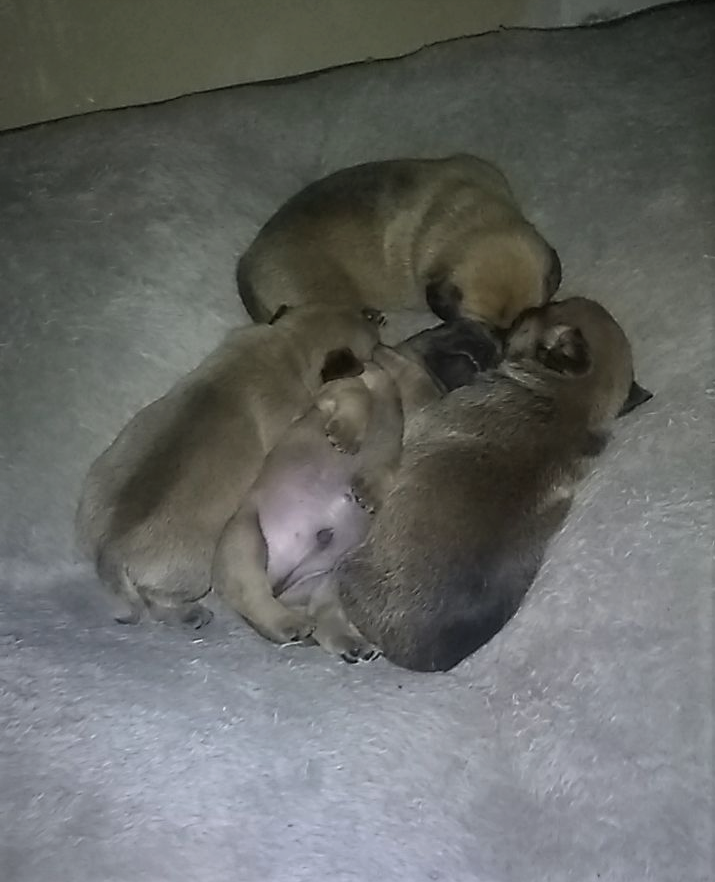 I remember my last normal day of 2020 with clarity.

In my science class that day before spring break, one of my classmates, at this point I have forgotten who exactly, expressed some concerns about Coronavirus. Something that I had only heard the briefest mentions of on the news.

My then Chemistry teacher reassured us that we most likely wouldn’t go into a lockdown and if we did it wouldn’t last longer than maybe 2 weeks. Any concerns I had I brushed off.

I went onto to my final class and boarded my bus, none the wiser. At the end of the ride I started the walk back to my house with a final call to my friends “HAVE A GOOD BREAK!”, unknowingly into a year of challenges, triumphs, confusion, and fear.

Looking back on that day is like noticing the foreshadowing the second watch of an apocalyptic movie, obvious now but ignored in the moment.

My spring break would already be different I had known, my mother would be heading off to Mexico to watch over my grandpa whose health was steadily declining. It would leave my sister and I to take care of the household in the meantime. Cooking and upkeeping the house, watching over my younger brothers.

Then the news broke out.

A nationwide crisis, a pandemic, one that had already killed so many abroad and would continue its merciless rampage in the United States.

Questions filled my household, How serious was it, would there be school continuing or were we done, will there be a lockdown, will the borders be shut? Will my mother be able to return to our home, to us?

I didn’t sleep well at night those first few weeks when the fear was fresh. I’ve had anxiety since it feels like forever so a situation in which no one what was going to happen next wasn’t the best.

I would be calmer soon enough, because that’s what time does, it mellows all things, heartbreak, excitement, and even fear.

The first month and a half of the pandemic my mother wasn’t there. It was hard those weeks when we were waiting to see if the borders would close before she could get home, worrying about her south of the border whilst having to continue taking care of my younger brothers. At the same time feeling sympathetic as my grandfather was increasing in his hospital visits. She decided to stay with her father, as his health worsened, so she could say goodbye before she wouldn’t be able to see him for a long time and take care of him.

And a long time it will be. My grandfather passed away in the middle of April unrelated to Covid after weeks of being in a hospital. My mother would come home a week later, different than when she left, and my heart ached for her. There’s not much you could do but be there for that person when something like this happens. Sometimes I would join her at night when the world was silent and we couldn’t sleep, just sit together as the late hours of the night slipped into the early hours of the morning.

When school inevitably started back up after the longest spring break of my life, I didn’t keep up in most of my classes. Grades were frozen, Science and History were the only classes I had concurrent credit it so those were the ones I finished out. So, the rest of April and May melted together.

Those last few weeks of May however, my family and I were buzzing with excitement. After years of begging we were finally going to get a dog.

I fell in love with him the first time I saw him cuddled with his littermates. 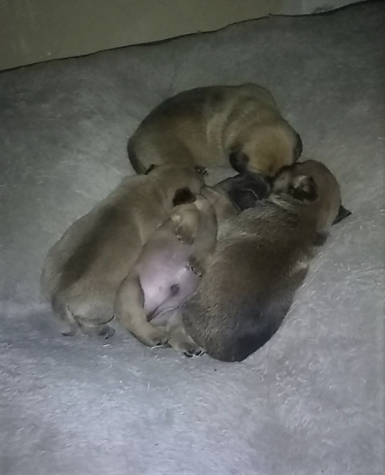 A small thing that could fit in the nook of your arm and the wrinkled face of a pug that he got from his father. We would name him Guapo and he would come to us on the afternoon of the last day of classes. Stumbling around his new home, things started to look up from the stagnant atmosphere of the house.

The first night it rained hard. Thunder shook the house and lightning lit up the downstairs living room in which he stayed. My younger brothers and I arranged ourselves on the couches in sight of the box padded with blankets that would be his bed until his proper one arrived. Making sure he knew we were there whenever he whimpered.

With the newest addition to our family and a summer program I would be taking to get try and get ahead of my classes, the months of June and July would go by. Stripped of the activities that made summer summer to me, cook outs, trips to the lake, hanging out with friends, and afternoon walks. Replaced with new hobbies that I traded out every few weeks and content on the internet that I devoured. Playing with Guapo in the backyard, with energy only a newborn puppy could have.

Throughout May until August I had been searching for a job. A way to gain some financial independence and save up for my first car.

I found one in a local pizzeria a few blocks from my house via a friend who already worked there.

School started late that year, to the delight of most students I’m sure, myself included.

The first few months passed without much changing in my routine.

Got obsessed again with Minecraft, a videogame I had played rigorously when I was younger and then on and off for the past few years.

Cut my hair, filled my closets with clothes that I liked, buying books that I didn’t get for 5 dollars a bag at the local library, but were instead filled with crisp pages.

I started saving up for a car, still am, hung out with my best friends, this time their faces obscured by a mask. Went out with my family on walks in a much higher frequency than we used to.

I was pleasantly surprised at the emphasis my teacher put on mental health, giving us small breaks and cutting us more slack than they usually would. Lord knows that made my life easier.

Life goes on, even in a historical event that has affected the entire globe.

Then in December, at the start of winter break my greatest fears from the start of the pandemic were realized.

My father got incredibly sick, he had to stay in bed most of two days and had to call in to work. Then, it was my older sister, she fell ill and couldn’t go to her job. Worried, her and I went to go get tested. The day after that I would also get sick and sentenced to bed rest. We got our results back a few days later, positive for the novel Coronavirus.

Those two weeks of mandated quarantine were, understandably, uneventful. I was sick for 4-5 days and the rest was me going slowly stir-crazy.

My father didn’t get any worse and at the lowest point I just felt like crap but not deathly ill.

It felt a little anticlimactic, but I’m not one to look a gift horse in the mouth.

It did mean Christmas was spent with just my family that year, but I much prefer that over getting someone sick who would’ve had a much worse time than we did.

Life hasn’t changed too much for me since then.

I do feel like a very different person than from the start.

Having all that time to yourself without much interference from the outside world was bound to led to some inner reflection.

I was always an introvert, in fact the first few months of Covid drove me mad because everyone was home all the time.  My room certainly became my safe haven and throughout the whole thing I became even more comfortable with being my own best company.

Even then, I grew closer to my family especially one of my older sisters and my youngest brother. I also learned to cherish the time I had with my friends more. I learned how to bake and make Chinese food and book bind and how to sew a shirt into a tank top and got my first debit card.

I got into new content creators that expanded my perspective on life, listened to new music that felt like someone had taken a look at my soul and waxed poetry for it. How to be happy with the small things in life and care for myself even through a pandemic.

I wanted to and did stop doing things that I didn’t think twice about doing last year.

I did miss people though and the friends that I couldn’t keep in touch with through all of this, I still do.

But, I have hope that the end is in sight now, a year later.

Vaccines and decreasing Covid-19 cases are a light at the end pf the tunnel.

Things are slowly going back to the way they used to be.

I won’t go back though. A year is enough to change someone in a normal situation, but with something like this? It certainly was a catalyst.

I remember the fear people felt, that I felt. The anger and grief.

For those that lost their lives to the incompetence and willful ignorance of government, whether it be via the virus or social injustice.

I remember the joy I felt the first time my Guapo could go up the stairs, stumbling the whole way, without any help. And when he finally got the hang of “Sit” after I tried for weeks to teach him.

I remember the late nights and early mornings I wouldn’t have had in a normal year.

I wouldn’t exchange this year for most anything, all of it changed me. I wouldn’t be the person I am now without it, with all of the thousand other things that happened that I can’t possibly fit in a single paper.

So, at the end of the year of Coronavirus, one of the worst year of my life but hey it was still pretty good, I can confidently look back at all that I’ve been through, look forward to everything that’s to come and say ‘Bring it’.