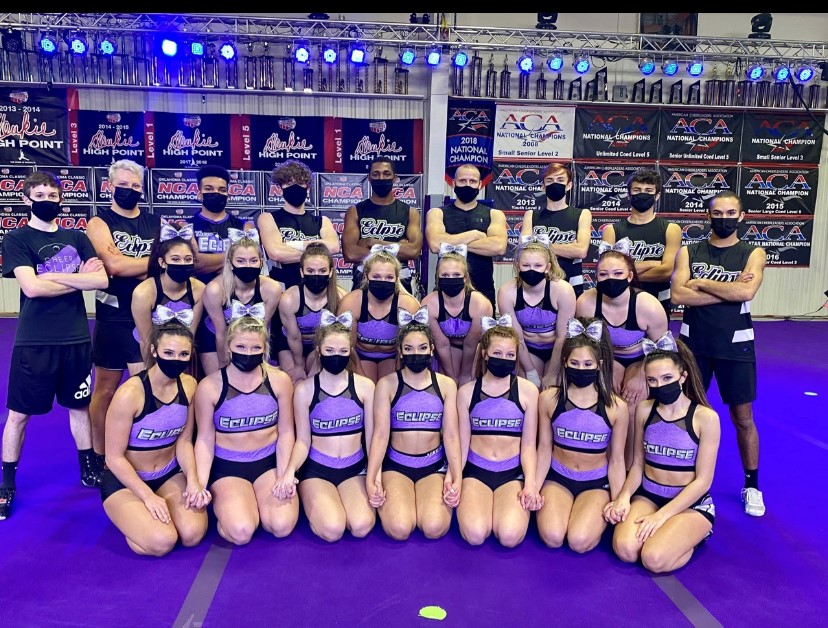 Like any other sport there are restrictions this year for everything you do. For an example the competitive cheer team I perform with recently just had one of the biggest cheer competitions called NCA (National Champion Association).  We usually travel to Dallas, Texas to compete at NCA against the best of the best.  But this year, due to covid, we had to do NCA a lot different this year.

The first change is we had to preform our routines at our gym and film it then we had to send it in. You could record as many times as you want until you get a perfect routine. This is not how NCA is when you preform at NCA you only have one shot per day. There are only two days for this competition. When we recorded our routines we only recorded one routine and send it in.

Any team that wants they can come and preform at NCA . So after we send in our routine the judges had like a week to judge all the routines and they could re watch the routine as many times as they want to get every thing correct, so we could have the most accurate score. On march 6-7th, we were able to watch other routines virtually and then we had virtual awards.

Last year when we actually got to preform at NCA we did really good both days. We had no deductions on either day and our final score was really good. Then, when it was time for awards, and we ended up placing third. It was the first time we ever got 3rd at NCA . Us placing 3rd at NCA for comets was a big deal we made history by being the first comets team to place 3rd at NCA.

So this year as you know was virtually so after we stopped watching other teams it was time for our awards.  Our awards was virtually so we all meet up at the gym and had pizza while we waited. Then the awards started and they only name the top 3, but they had a list of finalist listed on the screen. When we didn’t see our name on the finalist we started to freak out because we knew we placed top three. There were 6 teams in our division.